[edit] Offers to the Kingdom

[edit] Costs of a war

Note: The game will check if there are any open and unresolved battlefields. If there is an open battlefield that hasn't been resolved you will not be able to end the war until after. This check should not count declared attacks without open battlefields.

All the pending battles will be terminated. Pending battles are those that have been declared, but no battlefield has opened up yet.

Any kingdoms involved as the attackers in a war will not be able to declare a new one for 48 hours. This does not apply to the defenders. 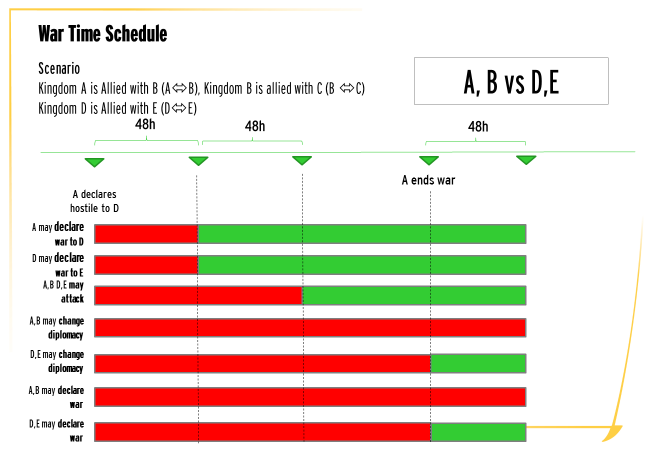 Note: Only the red portion of the graph matters. The Green part is a space filler.