The Automated Rest bonus will make the character, when offline and after completing an action:

The player can disable the automated rest option in the User Account Panel: 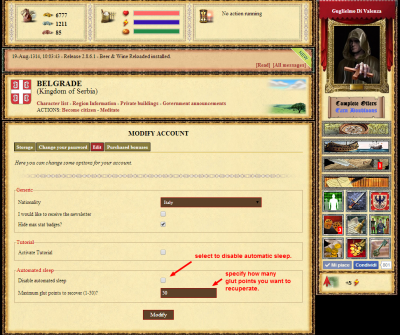 Before resting, the character will eat automaticly some food to maximize rest. The Player can specify in the User Account Panel the Maximum Glut Points he wants to recuperate, therefore if the player specify 1 point, no food will be eaten.

The following categories of food will be eaten if in the character inventory: